Wilderness’ as a term has become a knot, a mass of tangled meanings, views, and ideologies. It is not just ‘wilderness’ that has this problem, it is also ‘the land’ itself. Below we show mind maps for ‘the land’ (Fig 1), for ‘wilderness’ in particular (Fig 2) and for ‘the way forward’ to solving the wilderness knot in Fig 3 (Washington 2006). Mind maps help to show where the ‘wilderness knot’ has come from. They help us understand the truth about why wilderness has become so confused as a term. 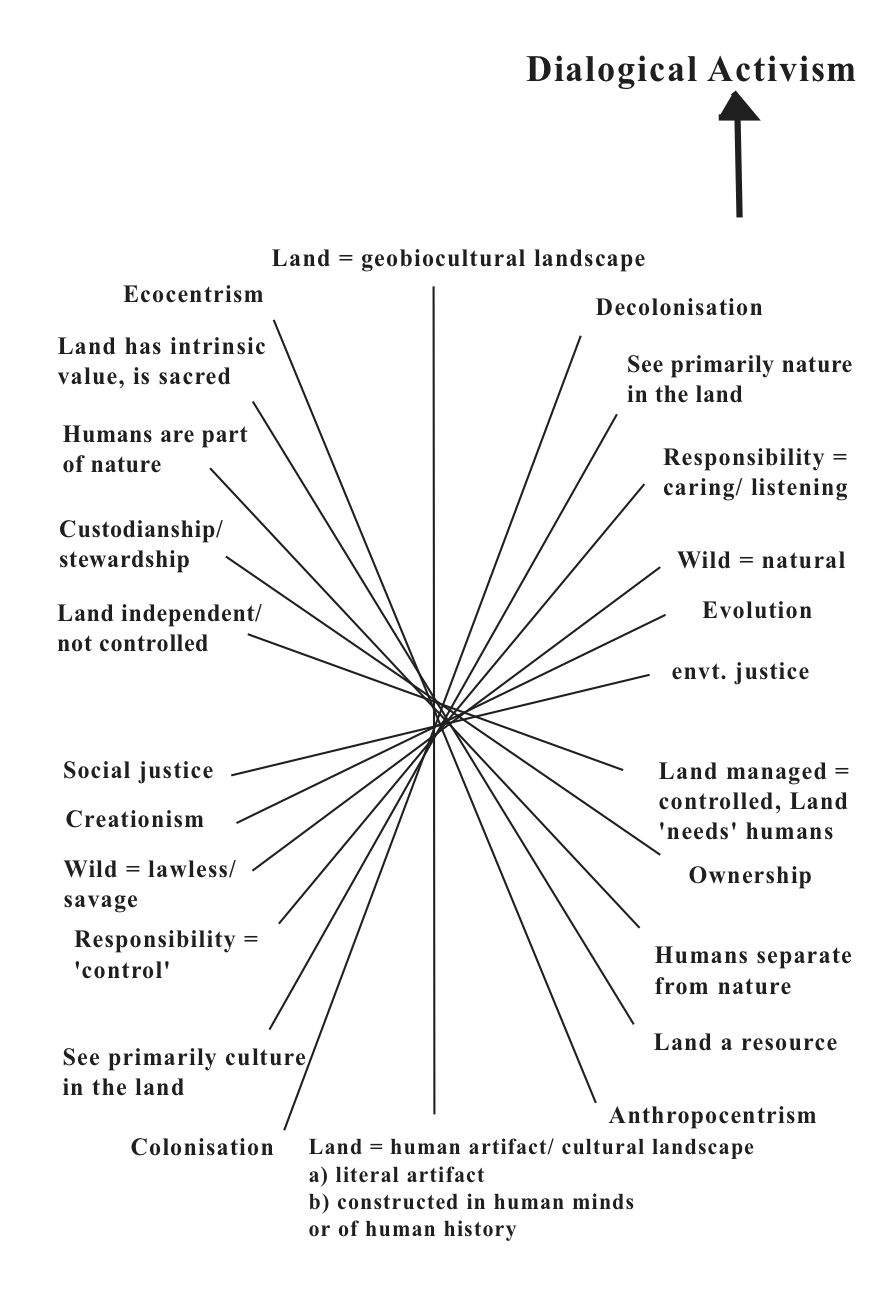 Figure 1. Mind-map of the spectra of 'wilderness issues' to do with land (from Washington 2006) 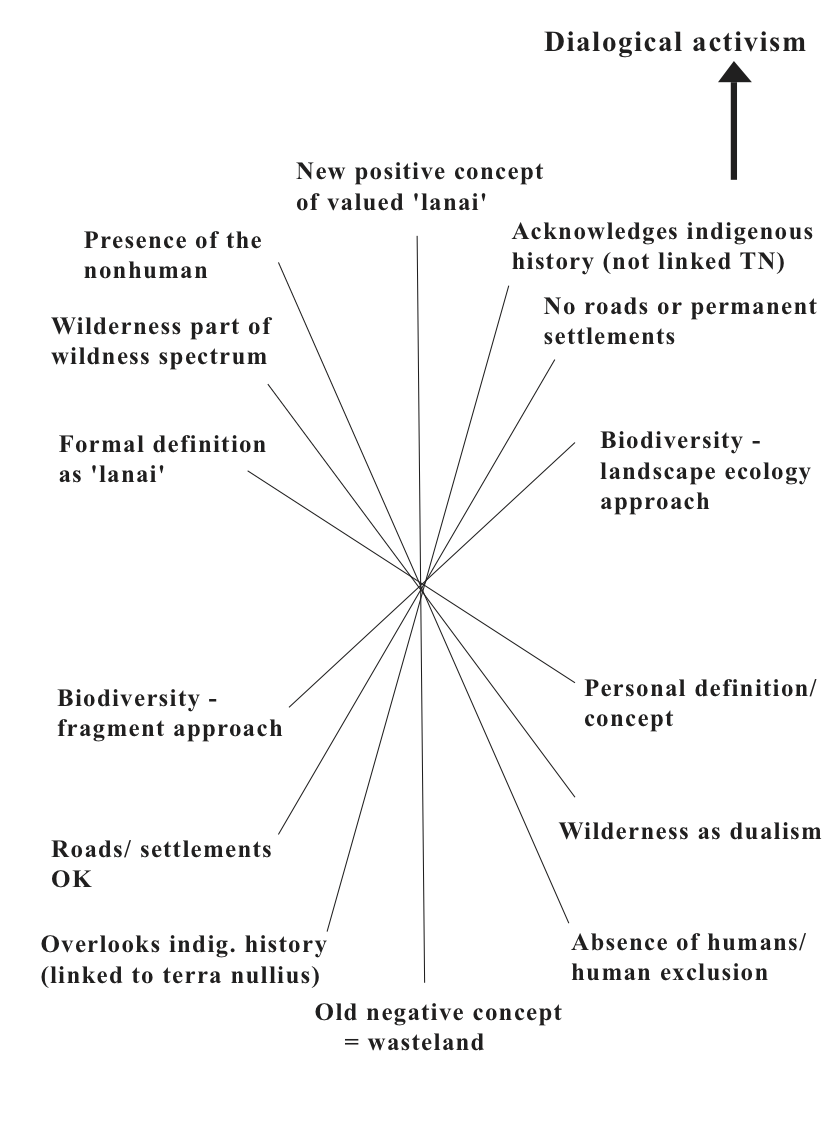 Figure 2. Mind map of spectra involved in our mind-set about 'wilderness' (from Washington 2006) 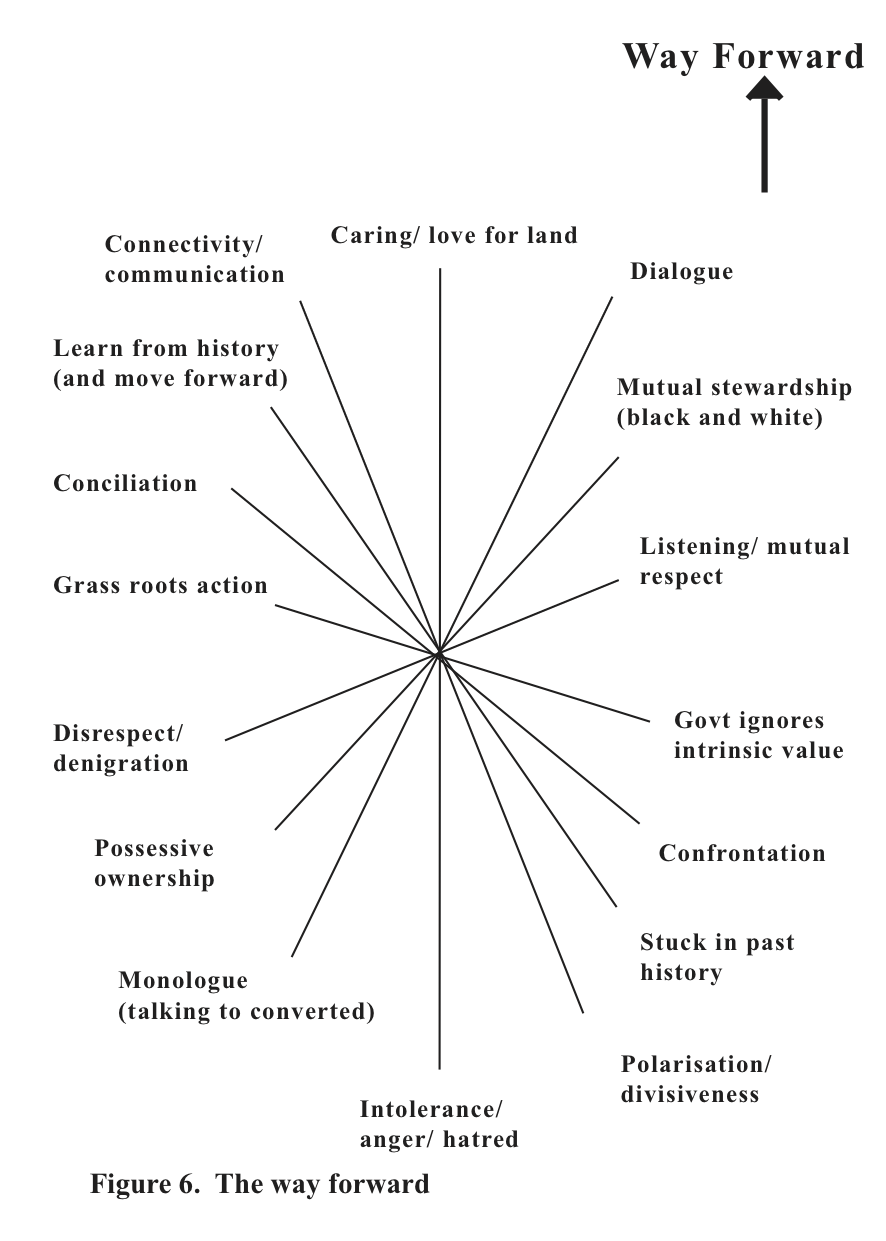 So how can we visualise all these interacting insights, and the spectra of thought involved with them? Figure 1 shows the many spectra of thought operating within what we loosely call ‘the land’. There is not necessarily a ‘right’ or a ‘wrong’ side of this figure. Nor are these ‘dualisms’, they are spectra, and it is the multitude of positions in the middle that make up the tangled meanings around ‘the land’. However, every spectrum has two ends, so I will speak of these ends, and refer (for example) to ‘ecocentrism as opposed to anthropocentrism’. We can see this figure as a ‘mind-map’, and the many possible positions within it as ‘mind-sets’. It is essential that we see the middles as well as the ends, for they make up society’s collective ‘mind-set’. In other words, all these spectra can be involved when people speak about wilderness and the land. The use of mind-maps here to map spectra of thought in the wilderness debate is new, though Skolimowski (1992) makes use of such mind-map figures to describe ‘ecological consciousness’, though he calls them ‘mandalas’. The key insight of such maps is the understanding of the many things involved when we speak about ‘wilderness’. This is why people get confused and have different response to the term ‘wilderness’.

The term ‘dialogical activism’ is used to define an activism that seeks meaningful dialogue, and seeks to move past polarisation, intolerance and fanaticism. If we want to protect the last large remaining natural areas then we need to apply dialogical activism. Thus when we discuss the land (Fig 1) dialogical activism suggests we take an ecocentric approach and view the land as having intrinsic value, that humans are part of nature, that we view responsibility as caring rather than control.

Fig 3 shows what is involved in a positive way forward regarding ‘wilderness’ as large natural areas. It will involve caring for the land, communication and dialogue, listening and mutual respect and recognition that we have a mutual stewardship (black and white) to protect these places into the future.